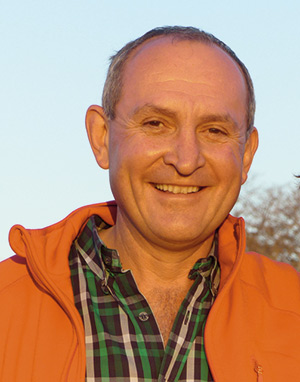 Paul Rose is a Director of the Promasidor Group which has a number of food brands in its stable including Sossi textured soya protein.   Sossi is one of the major sponsors of the Safari Simbaz, supplying both soya nutrition and cycling  equipment for the children  .  Paul ‘s passion for cycling led to him meeting  David Kinjah in 2009 whilst visiting Nairobi looking for someone to cycle with on a weekend.  He was inspired by David Kinja’s personal commitment to the local community in Kikuyu Town on the outskirts of Nairobi and has since enjoyed experiencing at first hand what a small group of dedicated individuals can do to inspire goodwill and dedication amongst the many adults and children that the charity touches. Paul became a trustee of the Safari Simbaz Trust in August 2016. 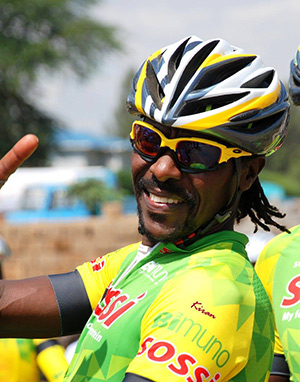 David Kinja is one of Kenya’s most successful cyclists. As well as having a successful career, winning  many medals on a international level, Kinja has mentored other champions like Chris Froome ,who recently won the Tour de France for the third time .

When Froome decided to go pro ,he suggested to Kinjah that he continue to train children. Kinja is quoted as saying ” We came up with the Safari Simbaz because we had the spirit of the Lion . We were out there ,adventurers , in the wild “.
In 2008 the Safari Simbaz Trust was formed , and from small beginnings ,under Kinja’s vision and care using “the Power of the Bike ” many childrens lives have been transformed with new skills and opportunities . 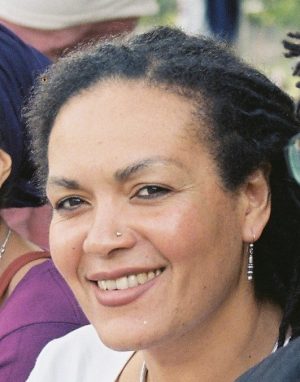 Lynne Muthoni Wanyeki is Amnesty International’s Regional Director for East Africa, the Horn and the Great Lakes in Nairobi.

She’s a Kenyan political scientist and a founding Trustee of the Safari Simbaz Trust.  Having trained with the Simbaz for her triathlons, she’s well aware of the value of the Simbaz to the young people it mentors and trains and is more than happy to be associated with this charity. 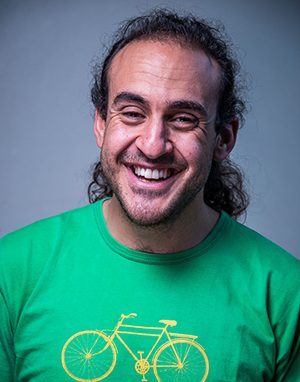 Fady Rostom: Fady is a director of the design and branding agency ARK Africa, in Nairobi. Fady is a founding trustee of the Safari Simbaz Trust, an avid cyclist and tireless contributor to the everyday management of the trust’s affairs.