David Kinjah and Davidson Kamau claimed claiming the runner-up spot in 2010’s inaugural JoBerg2C behind South Africans Andrew Mclean and Shan Wilson. Again they carried the mantle of wearing the title sponsors colours and the responsibility for exposure and performance that that brings with it. 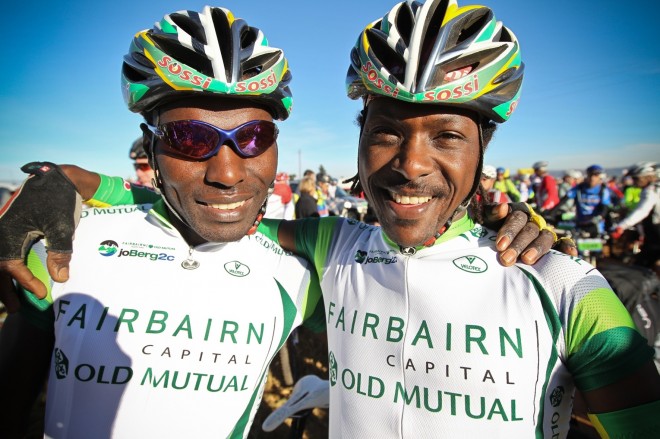 Arriving with a reputation as the Swazi Frontier champions, they were able to hold off riders of the quality of perennial Cape Epic favorites David George and Kevin Evans while fulfilling all their commercial and sporting obligations.