The Safari Simbaz pair of David Kinjah and Davidson Kamau returned to the Epic after a year’s hiatus. This time in the colours of the title sponsor ABSA. Aware of the stiffer competition as the race had grown in prestige and size to become the worlds largest stage cycling race. 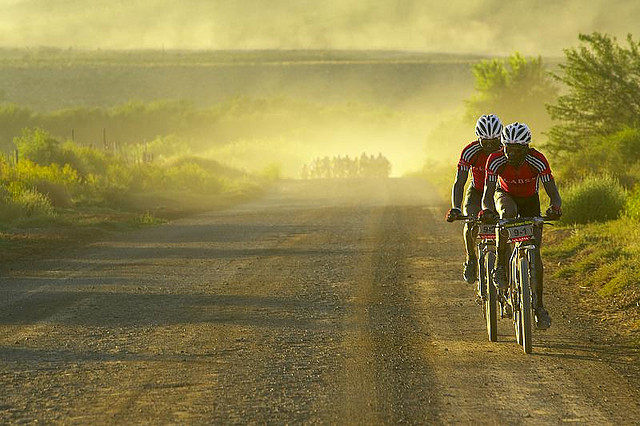 They attacked incessantly during the race giving maximum commercial exposure for the sponsor, this resulted with their photos going on the cover of the official annual that year. Making them icons of the event. 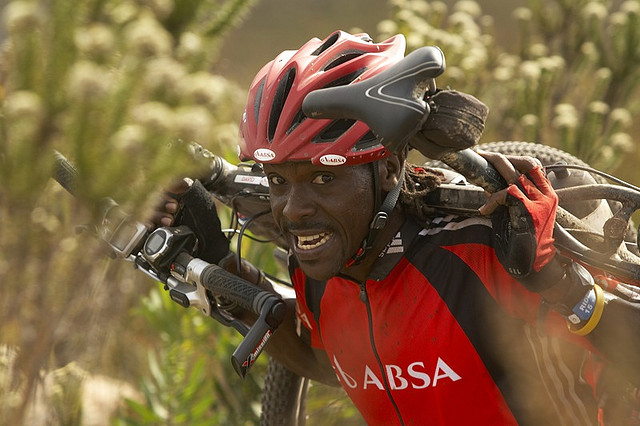 David Kinjah during a portage section 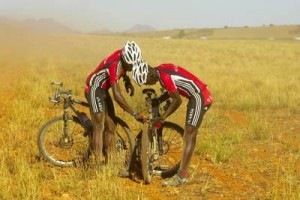 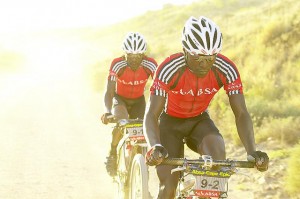